This is the monthly update from Memia Labs; for more information about any of this, please contact them at labs@memia.com

Virtual Reality is quickly developing proven real-world applications
This short film from the BBC shows just how far VR has come in the last year – showing applications for charity fundraising, treatment of PTSD, depression, teaching surgeons and, movingly, allowing hospice patients to experience their bucket-list items from their hospital bed.

@a16z’s Benedict Evans chronicles the end of Smartphone innovation, as the next mass technology platform – AR – rises to take its place in a classic disruption S-curve.

Meanwhile right now in 2017, here’s a good summary of what Facebook’s recent announcements mean for AR/VR startups right now – in particular the launch of AR Studio, a development toolkit aimed at developers of AR content. Facebook looks well positioned to build a critical mass ecosystem for AR content, with the early innovators Snap clearly in the sights…

Chief scientist of Facebook-owned Oculus Research Michael Abrash calls out April 2022 as the date when AR glasses will replace your smartphone and become your new everyday computing device. 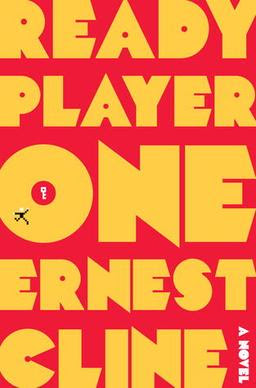 As VR and AR technology develops at an amazing rate, the themes that are explored in scifi novels such as Ready Player One and Reamde – where entire parallel realities have developed with their own rules of society, politics and economy – are starting to eventuate.

In addition, the evolution in blockchain-based cryptocurrencies provide a more reliable and permeable substrate for real-virtual-real-world currency transactions than those traditionally backed by the game makers themselves.

Escape to another world
As video games get better and job prospects worse in the real world, this sympathetic article from the Economist’s 1843 magazine profiles the young men dropping out of the job market to spend their time in an alternate, gaming, reality. A justified escape “for those who feel that the outside world is more rigged than the game”?

Parallel economies in virtual gaming worlds have been around for over two decades now – early versions of World of Warcraft launched in 2004 saw the advent of Gold Farming – developing world cybercafes full of virtual “farmers” would churn out higher-level characters with pockets full of virtual “gold”. This practice was since regulated by WoW maker Blizzard but in-game and real-world purchases of virtual world assets are now commonplace across many virtual reality worlds – either using an in-game auction mechanism or using a direct exchange-rate – eg ~256 Linden dollars to one US$ in Second Life (registration required).

Meanwhile, recently Pokémon Go accounts were reputedly exchangable for up to US$999,999.

The legal, regulatory and taxation framework for virtual currencies is still entirely muddy. However cryptocurrencies – being based only on software – can easily span both realities. As the penetration of crypto$ grows – in particular blockchain based App Coins – it is likely that the membrane between real-world and virtual-world economies will become increasingly permeable. Indeed, marketplaces where (real or virtual) goods and services can be exchanged for cryptocurrency already exist.

The World’s First Cryptocurrency Hedgefund
While not particularly focused on virtual-world currencies, a few months ago saw the unveiling of the world’s first blockchain asset hedgefund, Polychain Capital – with investment from Andreesson Horowitz and Union Square Ventures). Polychain founder Olaf Carlson-Wee is interviewed in a recent @a16z podcast: fascinating.

And in another significant blockchain development, the Ukrainian government has gone into partnership with Bitfury Group to bring a range of Blockchain solutions to the electronic services: “A secure government system built on the Blockchain can secure billions of dollars in assets and make a significant social and economic impact globally by addressing the need for transparency and accountability”

Can’t not mention Neuralink
More hyperactivity from Elon Musk (who incidentally also believes that we’re already living in a virtual world). Following on from his impromptu musings at last year’s Code Conference about Iain M Banks’ “Neural Lace” concept, he formally launched his new company Neuralink at the end of March. Plenty of noise, not a lot of substance at this stage.

An entertaining readup of Musk’s logic here from WaitButWhy: http://waitbutwhy.com/2017/04/neuralink.html

I’ve been following this space for a while now – my own take here from last year – personally I suspect Musk and Johnson are focusing on the wrong problem: by the time BCIs solve the outbound-brain-bandwidth problem, the human brain will likely be a small (replaceable?) component of the overall meta-intelligence architecture…

Privacy Concerns
Who owns your face? – Modern advanced face recognition lets police identify people (and groups) from far away and without interacting with them. Yet, unlike fingerprinting, in the US no federal law governs face recognition in 2017.

Federated Learning: Collaborative Machine Learning without Centralized Training Data – A gnarly privacy issue of machine learning is that private data has always needed to be processed centrally (and hence may not be kept private any more). Here Google Research outline their solution: all the training data remains on a user’s device, and no individual updates are stored in the cloud. Good stuff.

Other Bits And Pieces
And here are some other links we bookmarked this month:

In Our Time: The Paleocene-Eocene Thermal Maximum – The BBC’s Melvyn Bragg is one of those polymaths able to eloquently explore complex ideas across literally any domain of knowledge or culture. This podcast is a fascinating looking back at the fossil record to predict what is likely to happen as a result of current global warming trends – with some scary speculations at the end.

Teach Yourself Physics: some great links for those of us who gave up after high school.

A New Li-Fi System That’s 100 Times Faster Than Wi-Fi – providing speeds of 42.8 Gbit/s over a distance of 2.5 meters – but still about 5 years away from being consumer-ready.

Google Chases General Intelligence With New AI That Has a Memory

How spherical codes work – for example to communicate reliably with Mars

And lots of commentary this month about the concept of Doughnut Economics – attempting to model human economic activity within a Goldilocks zone of environmental and social sustainability.

Following on from last month, here’s a more accessible writeup on historian Yuval Noah Harari’s thesis about the forthcoming Rise of the Useless Class: “Most of what kids currently learn at school will probably be irrelevant by the time they are 40”. Happy days.

Personally I’m still challenged to find a concise answer when a family member or friend asks “so what exactly do you do in your job?” Apparently this is a classic problem for Neo-Generalists – “…living in an era still dominated by hyperspecialism and experts with ‘the one right answer’, the N-G defies easy classification – tricksters who traverse multiple domains, living between categories and labels.” As one reviewer put it, the book “forces us to re-evaluate traditional career trajectories and consider what it means to live, learn and lead in the 21st century.” Worth a read.