Sian Simpson of Kiwi Landing Pad is sharing her experiences

A bit of a dynamo, and described as New Zealand’s startup and innovation ambassador to the world, she’s grown the New Zealand startup community at the Kiwi Landing Pad, in San Francisco, from 200 to 5,000 in the last 4 years making it the bridge between New Zealand and the USA (and increasingly the Commonwealth) for the innovative Kiwi technologists who dream of exporting their businesses overseas. She’s also started programs such as the Sales & Marketing Jams, and KLP’s leading webinar series which focuses on growing the capability of Kiwi entrepreneurs and talent. Both have had thousands of attendees and viewers, and bring experts to the forefront in there domain, as well as featuring a diverse range of speakers and stories which Sian actively champions.

Sian was named the New Zealand Global Women of Influence in 2017, and won back to back AIMES awards for Technology & Innovation in 2015/2016. 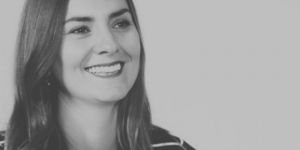